It’s kind of funny when you take a step back and look at your life and wonder how did I become interested in… Or why do I have such a passion for… Oddly enough my sister and I both have a huge love for food and cooking, and not to toot our sister horns, but we are pretty flippin’ good at. I think my sister kind of paved the way for me if I’m being perfectly honest. I was working on how to boil water and she was out getting her culinary degree making mirepoix and roux.

But my sister wasn’t always a culinary master… the first time she made dinner for the family (keep in mind she was just a kid and this was pre culinary school) she decided to make spaghetti. Spaghetti was a big fan favourite around the Nilsen house, we probably ate it at least once a week, only I called it pasghetti, don’t judge I was young and it was cute. 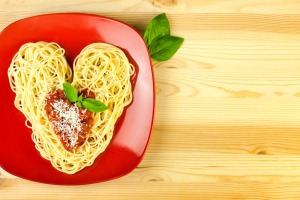 So my sister decided that she was going to infuse her sauce with the taste of pepper, and how did she infuse the sauce you ask? She just chucked in a giant handful of whole peppercorns.

We all learnt a very important culinary lesson that day… Peppercorns no matter how you cook them remain peppercorns.

Not exactly a traditional take on pasta but when you’re craving avocado, corn, and zucchini noodles I have found a way for them to work together and make a delicious meal.

In a small pan cook your turkey sausage, you can either squeeze it out of the casing like I did or leave it whole then chop it up later. Once your turkey is fully cooked set aside.

In the same pan heat up your coconut oil and toss in your red onion. You want to get that going first to let it cook down a bit. Then toss in your zucchini noodles and corn. For the corn you can either use organic frozen or fresh off the cob if it’s in season.

If you’re using fresh off the cob I would suggest cooking it first then tossing it in last minute to your noodles (cut off of the cob first of course) I can see it now, the novice cook just throwing in a whole cob of corn and then looking very confused.

The zucchini noodles don’t take that long to cook because I like them on the a la dente side, so about 4-5 minutes. Toss in your cooked turkey right at the end just to warm it up again.

Now when you plate top your noodles with the cranberries, half an avocado and some salt and pepper to taste. Might sound like a weird mix but I promise your taste buds will thank me. 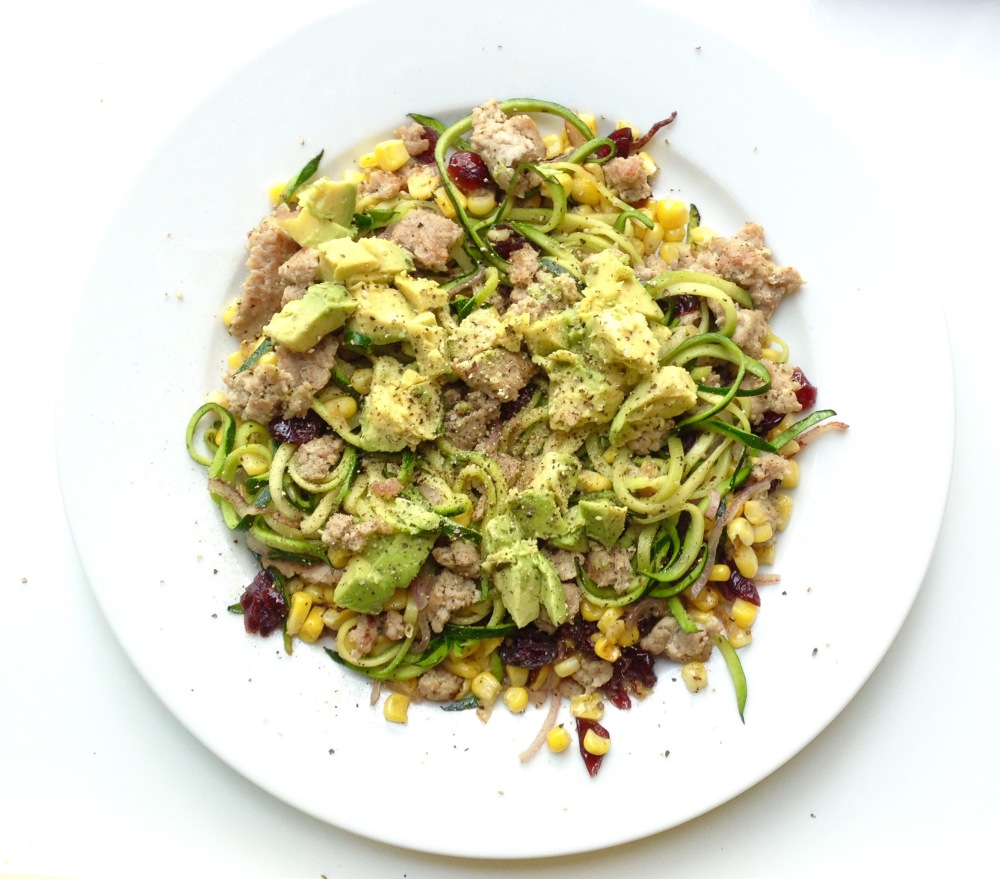