When we’re kids we don’t always make the best decisions, we push the boundaries, make bad choices, stretch the truth, but looking back at my childhood I was actually a pretty good kid, BUT I was also a complete A HOLE from time to time. My mom likes to say that if I had been her first child I would have been her last, and this next story might just solidify that. 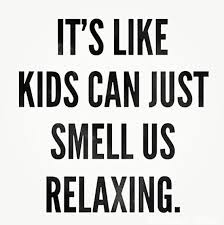 I’d like to think that from early on I was already making good life choices, but when I decided that giving myself a haircut at the age of 8 might be a good idea I kind of threw that theory out the window. I was actually combing through my hair and came across a knot, simple fix right? WRONG!!! At this time my hair was super long and super lovely but having to comb out the knot or ask for help was a silly concept and waste of time, so I thought why not just remove the problem and snip it out??? So out came the scissors and SNIP!!! Only when I pulled my hand back around to the front of my face I pretty much had all of my hair in the palm of my hand.

At that point I did what I think most children would do, I took a full-blown panic attack and went running into my mother’s room holding the back of head screaming like my head had just been cut off. Did I also mention that I could overreact at times?!! My poor mom (insert new grey hair here) jumped about ten feet into the air and came running to my rescue only to turn me around to see that I was not hurt or bleeding, but sporting a new haircut that made the mullet look appealing. Just two long strands of barely there hair on either side of my face was all that was left. I begged and pleaded for her to let me rock a ponytail until the rest of my hair grew back (clearly also a genius early on) but off to the hairdresser we went, and off with the rest of my hair.

Speaking of being off, if you’re currently following a paleo diet and you aren’t eating any grains or glutens then these patties are a total protein life saver.

Toss everything into a bow except the oil and mix until combined. Then with a 1/4 cup measuring cup form 4 round tuna patties.

Meanwhile in a small frying pan heat your oil over medium heat and then once hot place all 4 patties into the pan. You want to make sure your patties look like little burgers, we aren’t making tuna meatballs so press those suckers down.

Once your tuna has been cooking for about 4-5 minutes, flip and then continue to cook on the other side for the same amount of time. You want to get a nice light golden crust on the outside before you flip so keep an eye on them. Serve with some fresh sliced cucumber or a nice big green salad, and store the other two patties in the fridge for a tasty treat tomorrow.