An entire week has passed since this political announcement, and it probably seems as though I’m coming to the party a little late but I have one thing to say… What the F is Kanye West thinking??? We already have to suffer through the shit show that is Donald Trump and him thinking that he has a hope in hell of becoming the leader of the free world, but now Kanye West wants to take a stab at it in 2020??? 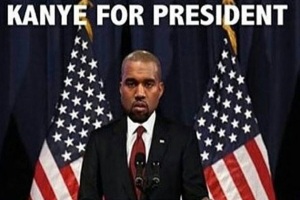 You know how when you apply for a job and the precursor to getting said job is you have to supply a resume with the qualifications that you bring to the table. What do either of these dudes think they have to offer? I’m sorry if that sounds harsh but really??? Boys stick with what you know, and keeping shit proper on this planet is not one of them.

In a small pan over medium heat cook your bacon, takes about 6 minutes per side. I like my bacon to be on the crispy side. Once that is fully cooked set aside.

In a medium sized pan heat up 1 tbsp. of the sun-dried tomato spread on low heat and start cooking your red onion, about 2-3 minutes. While the onion is cooking, in another pot toss in your corn and pour some boiling water over top and cover for 4 minutes. You’ll want to cook the corn before you cut it off the cob and add it to this bowl of yum.

Now that your onions have been cooking a few minutes toss in your spiralized zucchini, sun-dried toms, chopped olives, and another tablespoon of sunflower kitchen spread. I’m not a fan of overcooked zucchini noodles so this won’t take long before it’s on your plate.

Once your noodles are to a consistency that you like, add in your corn, chopped up turkey bacon, fresh parsley, salt & pepper to taste then get ready for some culinary magic. 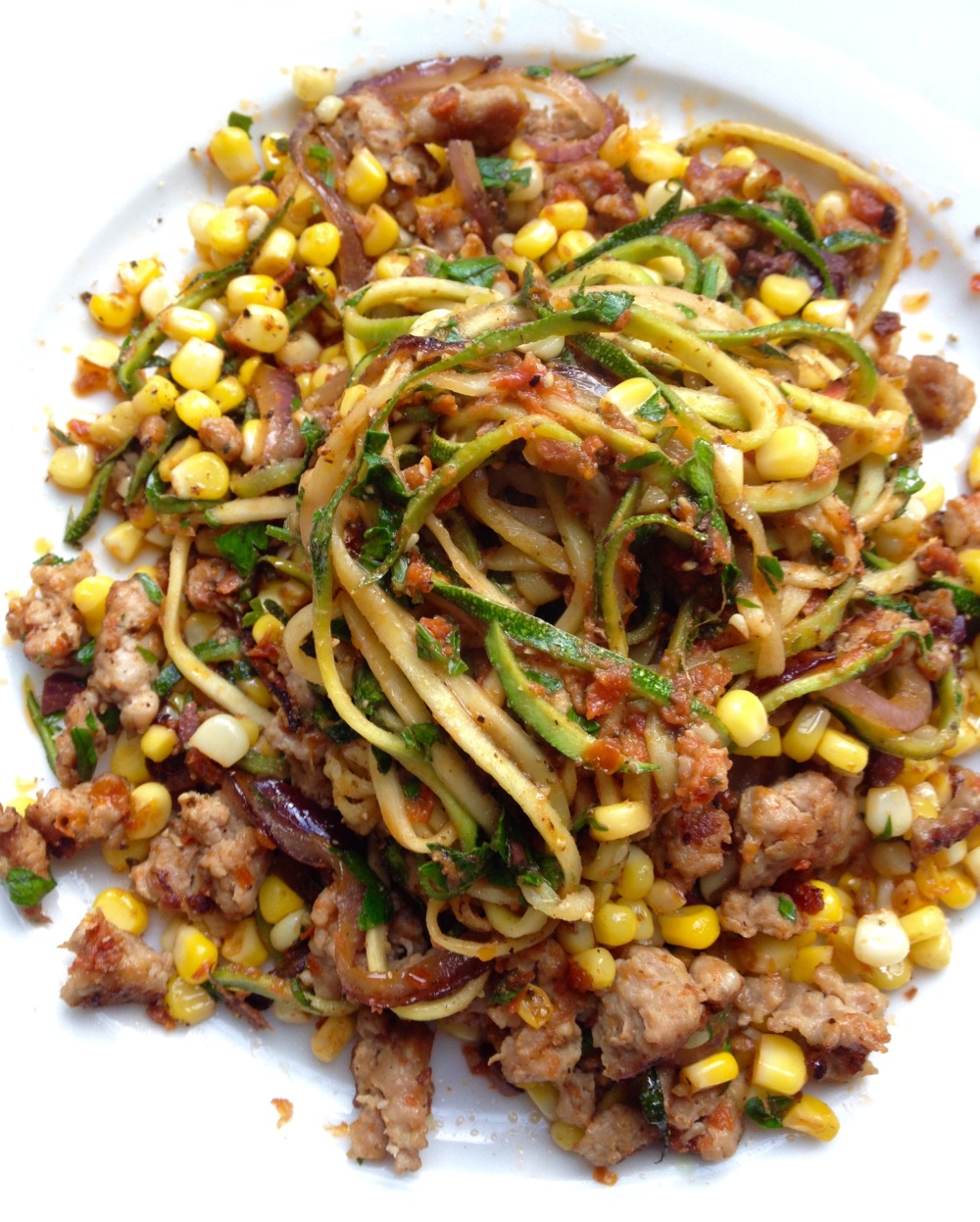 I’d vote for me wouldn’t you?