Why is it that a smell can trigger a memory? Like the smell of chlorine and suddenly you’re back at the public pool soaking up the summer rays. Or a whiff of freshly baked apple pie transports you to your grandmothers kitchen, even the scent of cologne on a complete stranger walking by gives you the sudden urge to want to sucker punch them in the throat because it reminds you of an ex boyfriend. No? Only me?!?

But smells don’t always trigger memories, sometimes the smell is the memory. Like the time my sister and I were vacationing in Seville Spain. We weren’t fluent by any means but managed to get by with key words like; hello, goodbye, where are the bathrooms, and is there gluten in that?

So there we are in the middle of Seville Spain and we decide that it’s probably time to start making our way back to our hotel, and for some reason or another my sister convinces me to take the bus. Now this convincing could have been for a few reasons… 1 our backpacks weighed about as much as a small child and I think her legs were about give out, 2 at this point she just wanted to get where we were going and not play the where are we on the map game, or 3 she thought maybe this could be another great experience for the memory bank.

But where’s the smell part of the story??? Well for those of you who have never been, Seville in late March smells like a beautifully ripened orange begging to be picked, the public transit system… far cry from an orange blossom. This bus we boarded was the WORST!!! I felt like I was crammed in a sardine tin jammed into a dirty sock, and the bloody ride never ended, pretty sure we just went around in circles. I learnt that day that I can hold my breath for a really long time. 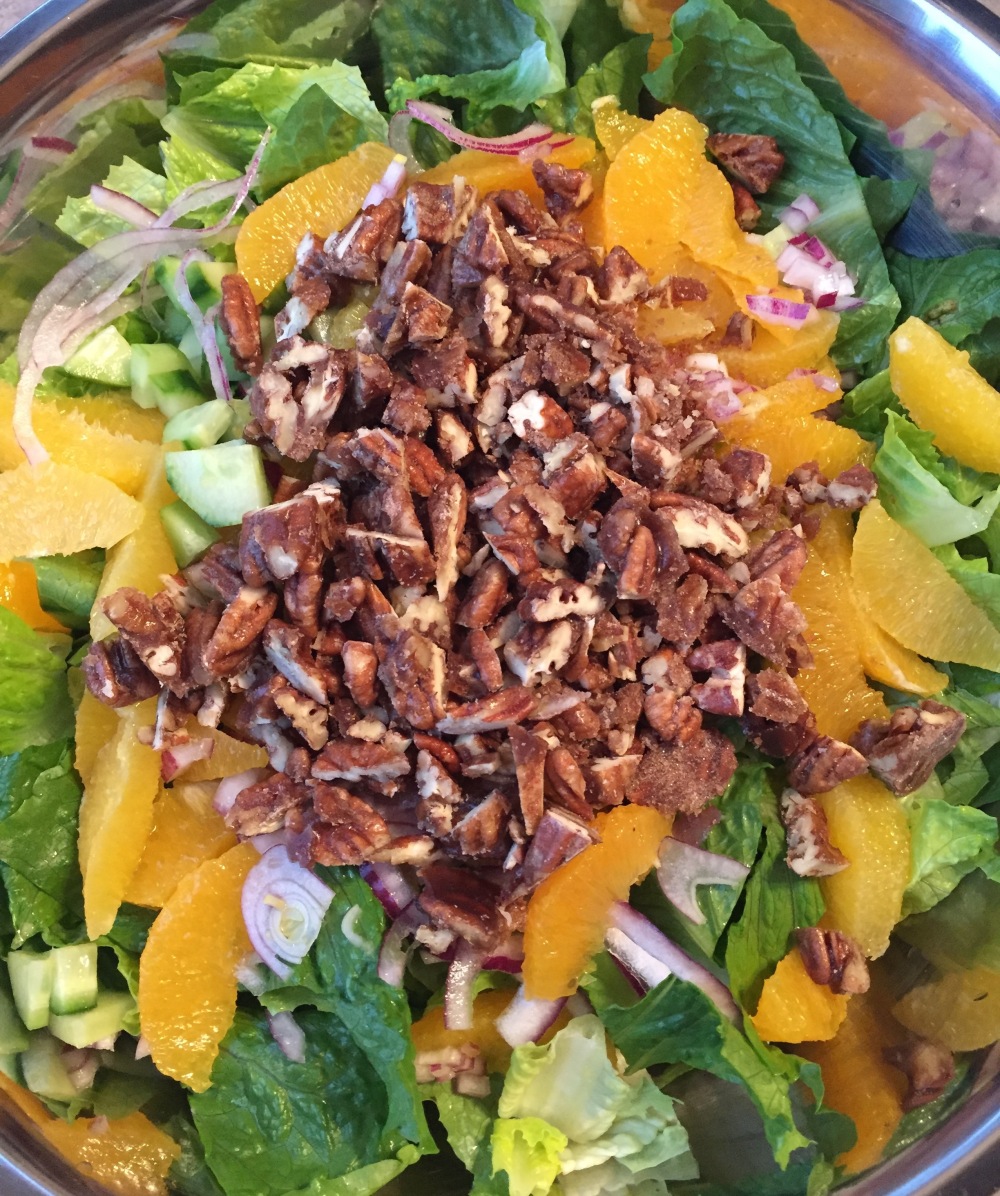 In a small tupperware container toss in all of your ingredients for your dressing, shake it up, then set aside.

Toss to combine and then dress with your orange vinaigrette.

This is pre toss but it just looked so darn pretty I didn’t want to mess it up, that is until I tossed it ate almost the entire bowl. This salad is so good I forgot to come up for air to take another pic. The struggles of being a food blogger are real.